The University of Bologna (Italian: Alma mater studiorum – Università di Bologna, UNIBO) is a research university in Bologna, Italy. Founded in 1088 by an organised guild of students (hence studiorum), it is the oldest university in the world.

It is one of the most prestigious Italian universities, commonly ranking in the first places of national, European and international rankings both as a whole and for individual subjects.

The Open University (OU) is a public research university and the largest university in the UK for undergraduate education. The majority of the OU’s undergraduate students are based in the United Kingdom and principally study off-campus; many of its courses (both undergraduate and postgraduate) can also be studied anywhere in the world.

King’s College London (informally King’s or KCL) is a public research university located in London, United Kingdom, and a founding college and member institution of the federal University of London. King’s was established in 1829 by King George IV and Arthur Wellesley, 1st Duke of Wellington, when it received its first royal charter (as a university college), and is one of the oldest universities in England.

The National University of Ireland Galway (NUI Galway; Irish: OÉ Gaillimh) is located in the city of Galway in Ireland. A third-level teaching and research institution, the University has been awarded the full five QS stars for excellence, and is ranked among the top 1 percent of universities according to the 2018 QS World University Rankings.

The Ministry for Cultural Heritage and Activities and for Tourism (Italian: Ministero per I Beni e le Attività Culturali e per il Turismo – MiBACT) is the culture ministry of the Italian Republic. MiBACT’s headquarters are located in the historic Collegio Romano Palace (via del Collegio Romano 27, in central Rome) and the current Italian Minister of Cultural Heritage and Activities is Dario Franceschini. 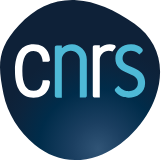 The Conservatoire national des arts et métiers (French: [Conservatoire National des Arts et Metiers]; CNAM) is a doctoral degree-granting higher education establishment (or grand établissement) and Grande école in engineering, operated by the French government, dedicated to providing education and conducting research for the promotion of science and industry. It has a large museum of inventions accessible to the public.

The Royal Netherlands Academy of Arts and Sciences (Dutch: Koninklijke Nederlandse Akademie van Wetenschappen, abbreviated: KNAW) is an organization dedicated to the advancement of science and literature in the Netherlands. The academy is housed in the Trippenhuis in Amsterdam.

Digital Paths is a “through the line” agency that blends: Strategy, Creativity and Design. We have 3 key values: 1 – People First: a human centered approach that makes us plan solutions focused on people, not users; 2 – Custom is Better: Specific needs require customized solutions. Our projects are a one-off creative path. A tailor-made approach that makes every activity unique; 3 – Technology is a means: Technology is just one of the tool to reach our clients’ objectives. Our mission is to push our partners and clients towards the future, helping them to define their path.

We use cookies to ensure that we give you the best experience on our website. If you continue to use this site we will assume that you are happy with it.AcceptRefusePolicy